Print| Email a Friend| Back

A nebulizer is a device that converts liquid medication into a mist for the purposes of inhalation. This conversion allows to penetrate tissues on a deeper level and cover more surface area than a liquid. As a convenient, non-invasive form of administration suitable for all ages, it has a quick onset of action and low incidence of systemic adverse effects. 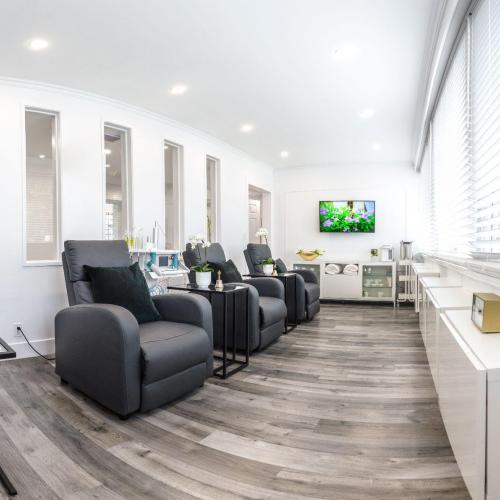 The medicine applied through a nebulizer is ideal for direct contact treatment to the lungs, bronchial tract, sinuses and throat. It bypasses the stomach and liver which enables immediate access of the active ingredient to reach the target tissues at a higher concentration.

This method of delivery to the tracheobronchial tree, also very effectively delivers medicine into the blood stream -and thus systemically into the rest of the body. Almost as effective as an IV, it reaches the blood stream via the rich network of blood vessels in the lungs.

In addition to fighting bacterial and viral pathogens, nebulizing hydrates and moisturizes the whole respiratory tract. This thins secretions and mucus making it easier to expel pulmonary secretions and makes coughing easier while lessening the need to cough.

We recommend nebulization for upper respiratory tract infections such as colds and flus, but its implications extend far beyond that. It is also used for: asthma, COPD, cystic fibrosis, bronchitis, emphysema, Parkinson’s, Huntington’s, Alzheimer’s, Diabetes, MS.

Is an important oxidative molecule involved in many immune reactions in the body.

Nebulized Hydrogen Peroxide is extremely safe and has amazing science to back up this safety profile as well as its potent antimicrobial properties. The body actually naturally produces hydrogen peroxide in response to infection and several viruses are sensitive to the effects of hydrogen peroxide.

It reaches the blood stream via the rich network of blood vessels in the lungs. With access to the blood, hydrogen peroxide provides a systemic bio-oxidative therapy, which is able to:

Nebulization also directly accesses the sinuses, throat, bronchial tract, and lungs – so that the hydrogen peroxide can have direct contact with any viruses, bacteria, fungi and/or toxins at work in, for example:

Nebulized hydrogen peroxide supplies oxygen to the micro vessels in the mucosal layer of the upper respiratory tract providing virostatic and bacteriostatic effect.

It is recommended to use in early onset of the cold, flu or sinus infection.

Frequency of treatment depends on the severity of the symptoms.

Glutathione in the epithelial lining fluid of the lower respiratory tract is the first line of defense against oxidative stress of airborne pollutants. Inhalation (nebulized or aerosolized) glutathione is a well-known method that increases not only the protective function, but also restores elasticity and expansion of the lung's alveoli. Providing the lungs with glutathione decreases the cellular damage and inflammation.

It is used in conditions such as Idiopathic Pulmonary Fibrosis, Acute Respiratory Distress Syndrome, Cystic Fibrosis, Asthma, and Emphysema.

For acute conditions such as a cold or flu Nebulized Glutathione can decrease nasal obstruction and help with mucous elimination and ear fullness. It has also been shown to improve immune defenses and potentially speed recovery.

It is helpful for any cell detoxification including brain cells and liver.

Other Conditions that can benefit: Parkinson's, Huntington's, Alzheimer's, Diabetes, Multiple Sclerosis and patients that have a deficiency of glutathione in their tissues and cells.

For severe or advanced conditions treatment is recommended daily. For management and prevention purposes it can be done once or twice per week. The treatment takes 20 minutes and it is an in-office procedure.

Thank you for visiting our site.